Strydom vs Strecker and Another 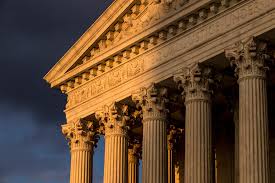 “AN INFANT IS AFRAID OF NOTHING AND IN DANGER OF EVERYTHING WHEN LEFT TO HIS OWN DEVICES”
This is a judgement about injuries to a child sustained whilst visiting the house of family. In particular the child fell into a fishpond at the house.
The decision is relevant and educational – all of us have and enjoy such visits and many of us have dangers hidden around our houses.

THE FACTS
On 10 July 2005 and at the home of the Defendants a small child experienced a near drowning in a fish pond which was situated adjacent to the living room and inside the home of the Defendants.
The two families involved enjoyed a cordial relationship with each other and this visit was preceded by other visits during the course of the year.
While the four adults were inside the garage processing and packing meat, the child came in and out of the garage intermittently. A while later according to the Plaintiff, his now ex-wife and the Second Defendant left the garage and both agreed to supervise the child.
Ultimately the child was found in a fish pond. She had no pulse and was not breathing. She sustained massive brain damage. As a result of the severe brain damage, she is unable to walk, talk or to take care of herself and she requires constant supervision and care.

WHAT THE COURT SAID
The legal issues that needed to be determined were:

As to the issue of there being a legal duty on the part of Defendants, the Court held that it was clear that society would have reasonably expected the Defendants to protect the child from the possible harm that is the fish pond.
“Community and family members invite people to their homes for social functions on a regular basis and even though a legal duty exists created by society’s reasonable expectancy that they nor their children will be exposed to harm or injury upon visiting the property of another upon invitation, it cannot be said that society would reasonably expect a property owner to go beyond reasonable means in order to make his or her property safe, as this would place an unfair duty on property owners and would also serve to discourage social interaction.”
On the issue as to whether the Defendants acted negligently, the court was satisfied that the warning given to the Plaintiff and his ex-wife as well as the admission by both of them that they were well aware of the danger and possible harm or injury that the fish pond posed to the child was sufficient and constituted a reasonable step that discharged the legal duty the defendants owed to the child.

COMMENTS
It is interesting to note the stance taken by our courts in recent times that parents need to take care of their own children.
However, you need to be aware that the Court in this matter, and others, still expected the defendants to have taken reasonable steps

The court refers to Pieterse and Another v Big Sky Trading 489 CC TIA Mike’s Kitchen which we recently reported on:
“Children should be free to play and explore their environment within acceptable limitations but always under adult supervision. Where such supervision is lacking but an entity or person has taken all reasonable steps to ensure the safety of persons in various environments, then such precautions will suffice to safeguard such an entity or person against any liability for injuries which may occur.

The restaurant gave parents more than adequate warning that parental or adult supervision was required and what the height restriction was”.

Depending on the circumstances of your business, disclaimers and warnings will be appropriate. If you are not a business, do not be shy about issuing warnings to visitors about dangers.
There is also no doubt that timeous investigation and securing of statements will protect insurers as well. On this point, please do not be hesitant to record the statement electronically. This will avoid factual disputes later when plaintiffs are less inclined to recall what precisely happened.
Lastly, thank you to Andre De Vries (of Klagsbrun Edelstein Bosman and De Vries) for providing us with a copy of the judgement and who conducted the trial for the defendants.