Can a contract be terminated by e-mail?01 Aug 2018Next

Be wary of entering into Fixed Term contracts01 Aug 2018 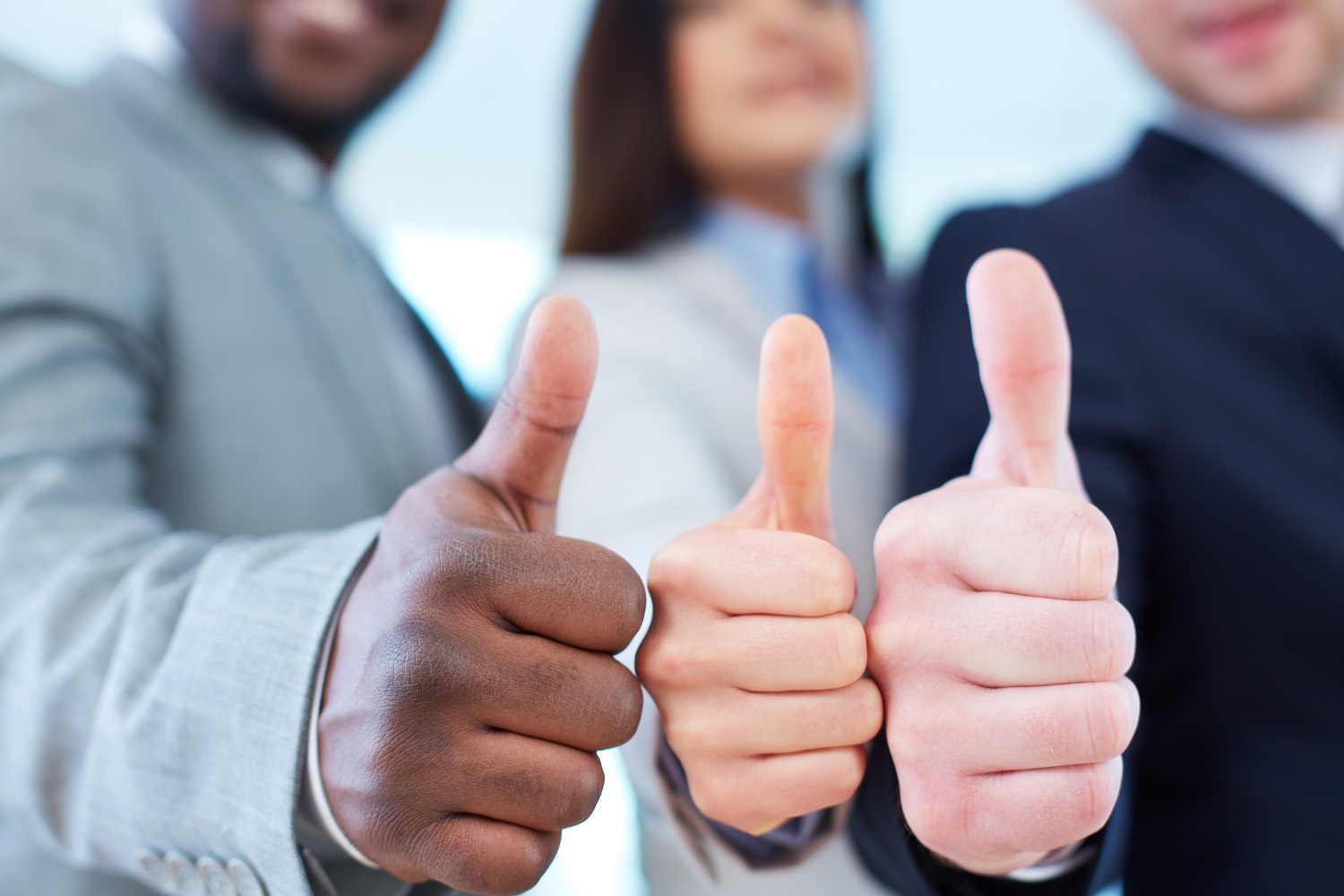 Since the first democratic elections in 1994, the South African government attempted to address the economic injustices of the past by promoting the empowerment of previously disadvantaged groups (Black African, Coloured, Indian and Chinese) by attempting to distribute the wealth across as broad a spectrum of the previously disadvantaged society of South Africa as possible.

In furtherance of this objective, the Broad Based Black Economic Empowerment Act (“the Act”) was passed during 2003, which was aimed at replacing earlier empowerment initiatives of the government, which had resulted only in the enrichment of a few previously disadvantaged individuals. After further amendments in 2007 and still not satisfied with the speed and effectiveness at which transformation was taking place, the Department of Trade and Industry (DTI) revisited the effectiveness of the Act and the existing Codes, which resulted in the Broad-Based Black Economic Empowerment Amendment Act, 53 of 2013, being tabled and passed by Parliament and revised Codes of Good Practice being published. The new codes became operational on 1 May 2015.

The stated purpose and objectives of the Act are “to facilitate broad-based black economic empowerment by-promoting economic transformation in order to enable meaningful participation of black people in the economy;

achieving a substantial change in the racial composition of ownership and management structures and in the skilled occupations of existing and new enterprises;

promoting investment programmes that lead to broad-based and meaningful participation in the economy by black people in order to achieve sustainable development and general prosperity;

promoting access to finance for black start-ups, small, medium and micro enterprises, co-operatives and black entrepreneurs, including those in the informal business sector; and

increasing effective economic participation and black owned and managed enterprises, including small, medium and micro enterprises and co-operatives and enhancing their access to financial and non-financial support.”
The Act does not provide the mechanisms for achieving the stated purpose and affords the Minister of Trade and Industry (“the Minister”) the power to issue Codes of Good Practice on black economic empowerment to give effect to the purposes of the Act (“the Codes”). Such Codes may be industry Sector specific (eg: Mining, ITC, etc.) or of general application, ie: generic.

The Codes provide a mechanism for rating measured entities’ compliance with Broad-Based Black Economic Empowerment. Compliance with the Codes is to a large extent voluntary, meaning that every business is able to determine its own implementation of B-BBEE, depending on its unique requirements. Compliance with the Codes and a higher B-BBEE Rating does however make a business more competitive, by in turn affording the business’ customers a higher B-BBEE score. Further, the government and many public entities require compliance with a minimum B-BBEE level. Accordingly, businesses which choose not to comply with the Codes are potentially less competitive from doing business with the state and other corporations in South Africa.

Whilst the Codes provide the mechanisms for rating enterprises, the Act provides the framework for B-BBEE. In the past an inherent problem with B-BBEE were fraudulently issued B-BBEE certificates and the practice of fronting (this practice involves formally but not substantively complying with the requirements of the Act and the Codes and often involves only token or superficial involvement by black people).

The 2013 amendment to the Act was primarily aimed at providing mechanisms to enforce compliance with the Act and to combat fronting. This has been achieved by effectively criminalising any activity which is held to be a “fronting practice”, as defined by the Act. Entities found guilty of engaging in “fronting practices” may be subjected to monetary fines up to 10% of turnover and be banned from contracting with government and public entities for 10 years. Individuals potentially face a fine and/or imprisonment of up to 10 years. A Commission to investigate allegations of fronting has been established, which affords the government and public entities a statutory right to cancel any contract which was awarded due to false information on a B-BBEE status. Furthermore, the amendment also forces the government and public entities to take the Codes into account in their procurement policies when issuing licences and authorisations.

The levels and the points required to achieve each level are as follows:

These changes to the B-BBEE levels will substantially alter an enterprise’s existing B-BBEE rating and will in most cases result in most enterprises automatically being downgraded. For example, an enterprise with 65 points would drop from a Level 4 under the 2007 Codes to a Level 7 under the 2013 Codes. This could be particularly problematic for companies that have contractually warranted their B-BBEE rating level for the duration of long-term agreements.

A large enterprise is now an enterprise with an annual turnover of at least ZAR 50 Million (previously ZAR 35 Million).

Exempted Micro Enterprises (EME’s) will remain to be deemed to have a Level 4 B-BBEE Status. Furthermore, start-up enterprises are still automatically afforded a Level 4 B-BBEE Status for their first year of operation. Accordingly, a start-up enterprise has one year in which it can align its strategies to achieve a favourable B-BBEE rating after its first year of operation.

Non-compliance will lead to a QSE losing one B-BBEE Level (in addition to not scoring points for the non-compliant priority elements). This automatic downgrade illustrates the change of the B-BBEE policy towards a more punitive B-BBEE regime which does not afford any defence to enterprises not complying with the priority elements.

Companies may have difficulties in complying with and fulfilling the ownership priority element, and may be well advised to consider alternative ownership structures, such as broad based ownership schemes or employee Share Trust models, which have been implemented successfully in recent years . Multi-national company groups which have clear policies in place which do not allow the divesting of any shares to third parties are particularly affected. The “equity equivalent programme” to score their ownership points without diluting ownership may provide a solution, but comes with the obligation to contribute 4% of revenue generated from business in South Africa into an approved scheme.

Minimum compliance with the ownership element now also requires an enterprise achieving a minimum “net value” (debt free) as opposed to merely achieving a percentage ownership score. The consequence of this is that certain B-BBEE transactions must be reviewed to ensure that possibility of a downgrade under the new Codes is avoided.

Weighting of Elements / Scorecards
In terms of the new Codes the number of elements / scorecards have been reduced from seven to five and the scoring for each individual scorecard was changed.

The basis for affording points based on each element / scorecard were also amended with the new Codes. A detailed analysis of all these changes will however go beyond the ambits of this article.

A major change introduced by the 2013 Codes is that a QSE must now comply with all elements of the scorecards of the new Codes, whilst under the 2007 Codes a QSE could choose four from the seven scorecards to be scored under. Existing QSEs will therefore be greatly disadvantaged in that they now need to comply with all five elements and are subject to an automatic downgrade where they do not comply with the priority elements.

Whilst the latest B-BBEE codes and their effectiveness have been subjected to criticism from various corners from South African Business, Government has made it clear that it has every intention of pursuing the B-BBEE policy objectives. Compliance has been made more onerous and it is evident that companies that implement B-BBEE, or have already implemented B-BBEE, will have to constantly stay abreast of developments and new or amended policies in order to remain compliant.

Volker Werth is a director of WerthSchröder Inc. Attorneys.